Corporate Image: Why Your Brand’s Public Perception Matters More Than Ever Now 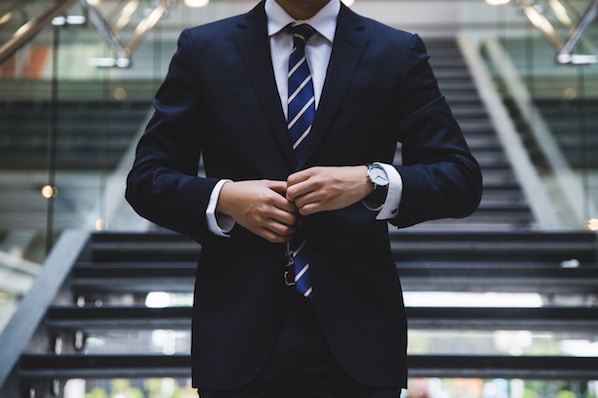 Yesterday, Contently, a content marketing software company that connects freelance creators with enterprise brands, tweeted a letter from their CEO that won over the freelance community just as fast as the issue they were addressing sparked backlash against them.

In a controversial move to help them reach profitability, and, in turn, provide more creative opportunities to their freelancers, Contently announced last Wednesday that they would charge freelancers a mandatory service fee for every assignment they book.

But after the freelance community promptly pointed out how Contently’s new service fee could hamper their earning potential and end their freelance careers, Contently did something that some companies would never do -- they listened.

In their letter, Contently’s CEO Joe Coleman announced they’ve decided not to implement the new service fee, and that they should’ve consulted their freelancers -- who are the backbone of their company -- before they even considered implementing the change.

Although there was a #NoContentForContently campaign trending on Twitter just hours before they released their statement, Contently’s decision to scrap their service fee has received an outpour of praise from the freelance community.

Contently’s realization that they weren’t prioritizing the needs of the lifeblood of their company could potentially save their corporate image within the freelance community. Because even though they made a crucial mistake that’s consequences seemed irreversible, the positive response to their correction proves that if you’re willing to listen to your customers, admit your mistakes, and remedy them, it can extinguish even the wildest of fires.

What Is Corporate Image?

Your company’s corporate image is your brand’s public perception. You can help shape it by telling the public what kind of company you are through marketing and advertising.

All of these actions fuel the flywheel of your brand's word-of-mouth marketing, which is the most effective and trusted form of marketing, especially when the internet has enabled every brand to scream for your audience’s attention today.

Why Corporate Image Is More Important Than Ever Before

Nowadays, most people support brands that share the same values as them. And by letting the world know about their beliefs, they can solidify an ideal image of themselves within their social circle and their own minds.

Additionally, Opinion Research discovered that 87% of customers would choose a product from a brand with a better reputation, even if the competing brands’ product was identical.

3 Ways You Can Bolster Your Corporate Image

If you truly want to build a loyal following for your brand and, in turn, strengthen your reputation, your company's core message should focus on your purpose -- not how you make your product or what your product is. This notion, that people buy the “why” behind your organization -- not the “what” or “how”, isn’t some idealistic trend catching fire in the business world today, though. It’s actually rooted in human biology.

To explain further, the most primal part of the brain is called the limbic system, and it controls all decision making. It also happens to control all of our emotions and feelings. So, resonating with your audience will also appeal to the part of the brain that’s responsible for action. In other words, if you can evoke emotion, you can drive behavior.

Conveying a clear and convincing purpose through all your brand’s actions will forge the emotional connection required to persuade an audience to support you. And the more people who support you, the stronger your reputation will become.

2. Make sure you can walk the walk.

Sometimes, brands that want to reap the rewards of being a mission-driven company don’t actually adhere to the values they claim they’re so passionate about. But even though being a quasi-mission-driven company can attract new customers, once they uncover your hypocrisy, it's almost impossible to retain them.

A Yale psychology study suggests that highlighting your morality is essentially a short-cut to high status. If people realize you don’t actually possess the traits that shot you up the social ladder, though, they’ll lose trust in you and respond harshly to your deception.

So before you start boasting about your company’s dedication to putting the customer first, make sure your actions are actually aligned with these values, or that you have a plan in place to do so.

Even the smartest brands make mistakes. But what separates the good companies from the great ones is their ability to admit that their wrong and change course in light of new information. Unfortunately, a lot of companies won’t admit their mistakes or change their minds, even if it’s the right choice, because they have too much pride or don’t want to seem weak.

However, admitting you’re wrong actually requires a lot more strength than sticking to something that hurts your customers just because you’ve invested a lot of time or effort into some initiative. By owning your mistake and correcting it -- instead of blaming the issue on external factors -- your customers will understand the rationale behind your decision and appreciate your honesty and humbleness.

Just like Contently, making a mistake that hurts you customers can spark harsh backlash and even start a trending Twitter hashtag that undermines your brand's integrity. But, ultimately, you can still earn back your customers’ trust and support if you put your pride aside and own and correct your mistakes.

Everything You Need to Know About Employer Branding

Interns might be the most under-utilized marketing tool out there. As an Inbound Marketing Consultant here at HubSpot, I rarely spoke with a customer who was accustomed to hiring interns. Only recently did it occur to me that this could be ...