A Simple Explanation of Exempt vs. Non-Exempt Employees 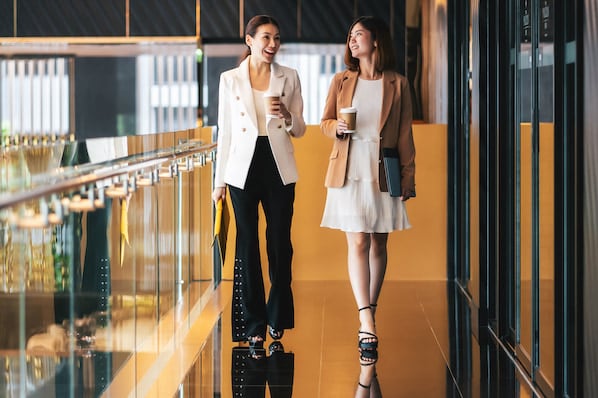 There are two types of employees – "exempt" and "non-exempt." You might've seen these terms on job postings, or heard them in conversation.

If you aren't sure what they mean, don't worry. Trying to understand labor laws can be confusing, especially if you’re new to the workforce. — We’ve broken these terms down to help you navigate the exempt vs. non-exempt employee classification.

An exempt employee is not entitled to overtime pay according to the Fair Labor Standards Act (FLSA). To be exempt, you must earn a minimum of $684 per week in the form of a salary. Non-exempt employees must be paid overtime and are protected by FLSA regulations. They can be paid a salary or hourly wage, but must at least be paid the federal minimum wage.

Signed into law in 1938 by President Franklin Roosevelt, the Fair Labor Standards Act establishes minimum wage, overtime pay eligibility, and recordkeeping standards in addition to youth employment guidelines for both the private and public sector. During the time the act was signed, child labor was the norm and adults often worked 10 or more hours per day, six to seven days per week.

While the conditions that brought about the FLSA may seem like the dark ages, the law is still relevant today and plays a major role in how the modern workforce is regulated. It establishes the guidelines for how work hours are documented and how exempt and non-exempt employees should be paid. Generally the FLSA provides an exemption from minimum wage and overtime regulations for employees in the following fields:

That said, job titles alone do not determine exempt status. Instead the employee’s specific job duties and salary have to meet requirements set by the Department of Labor. Certain states, like California, impose additional requirements to qualify for exempt status.

On the flip side, non-exempt employees must be paid overtime — one-and-a-half times their hourly rate, for any hours worked beyond 40 each week. As the name implies, they are not exempt from FLSA regulations.

Exempt vs. Non-Exempt Employee Examples in the Workplace

Let's consider this example to demonstrate the difference between exempt and non-exempt employees:

Sarah, who is an exempt employee, is stressed because she hasn't finished her proposal due Monday. She spends most of Friday night tweaking it and finishing it up, staying at the office until late. On Monday, she gets her paycheck — the same amount of money she would've gotten if she hadn't stayed late.

Meanwhile, John, who is a non-exempt employee, chooses to take extra shifts and work overtime on Fridays. He doesn't have to — he could leave at 5 p.m. if he wanted to, but on Monday when he receives his paycheck, he knows he'll receive extra money from the overtime hours worked.

Which classification is right for you?

Working as an exempt or non-exempt employee will each have their own set of pros and cons. Which classification works best for you will depend on your personal needs and preferences.

This article was originally published Oct 19, 2018 but has been updated for comprehensiveness.

What is Employee Engagement? [+11 Data-Backed Benefits and Strategies]

The Ultimate Guide to Human Resources