8 of the Most Uplifting Commercials of All Time

One of the greatest misconceptions about inbound marketers is that we hate advertisements. Quite the contrary. We hate bad advertisements (but who doesn't?), and we dislike inefficient marketing & advertising budget expenditures. On the flip side of the same coin, we also love knowing where our money is being spent, and exactly how much ROI we're going to get back from it. 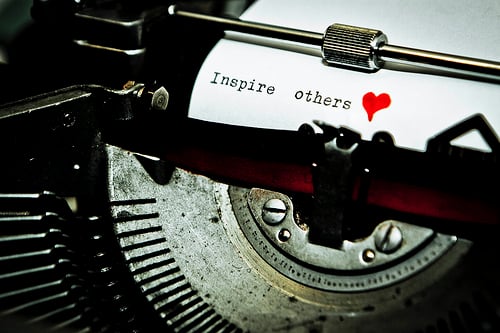 Now, I'm not sure exactly how the advertisements I'm about to show you justified their ROI -- I don't work there, I don't know their goals, yadda yadda yadda. But I do know they are some amazing advertisements that these companies and their agencies put together. Why so amazing? Because in a short amount of time, they tell inspiring, transfixing, uplifting stories. These ads make you feel something, instead of just filling a 30- or 60-second time slot.

So whether you're in advertising yourself, or are interested in storytelling in any format and for any purpose, I think you'll enjoy watching these ads. This is the stuff content creators of all sorts strive to reach with every piece they push out -- and it's not easy. Enjoy your morning dose of inspiration!

The Most Inspiring Commercials of All Time

1) The Discovery Channel, The World Is Just Awesome

I'm starting with this because it's the ad that gave me the urge to write this post. The ad was so inspiring the first time I saw it, it actually made me stop watching the Discovery Channel and go on a little adventure of my own. (Whether that's a benchmark of success or failure on the part of Discovery Channel is hard to discern.) Either way, it definitely made me feel that the world is just awesome, which is, conveniently, the tag line for this commercial.

Take a look, and just try to sit at your desk for the rest of the day. Actually ... maybe wait 'til the end of the day.

The commercial was a hit, so they made a follow-up video that, unlike most sequels, totally lives up to the first one. Take a look if you want a little more proof that the world is just ... awesome.

Nike is one brand that's totally nailed marketing to just about everyone. Pretty big feat, but they do it by finding things we can all relate to, and telling a story around it. This ad is the cream of the Nike crop, in my opinion, part of a campaign called "Find Your Greatness." In these ads, Nike features regular people achieving amazing things. The point? Well, as they say in the ad, "Greatness is no more unique to us than breathing. We're all capable of it."

This kid can run his heart out. What can you do?

Apple's marketing and advertising is subject for much study among professionals, with Apple's 1984 campaign topping the charts. But I want to focus on a different ad from them that I actually find more inspiring -- the ad below that aired in 1997 as part of their "Think Different" campaign. "The idea was that the new Macintosh will give you power over your ideas, information, freedom of expression, and the ability to connect," advertising aficionado and fellow HubSpotter Shannon Johnson shared with me. The ad challenges you to think differently, and through the lens of history, shows you how much you can accomplish by doing so.

The 2012 Olympics turned out some great commercials, but many people couldn't stop talking about the "Thank You Mom" ad from P&G. It came with a simple warning from most ... don't watch without tissues. The ad shows the daily, often thankless work, moms do for their kids -- getting their kid on the school bus, wrapping their kid's feet when he's injured, lugging 'em out of bed in the morning -- and depicting how their support helped the featured Olympic athletes achieve their dreams. Take a look, and like I said, you might need a tissue Kleenex or two.

This one was shared by one of our partner agencies, Weidert Group, who reached a pretty wide consensus among its employees that Coke's classic ad with Mean Joe Greene is one of the most inspiring ads they've ever seen. And when you look into the face of that kid -- we all recognize that face -- it's hard not to agree. "It tells a story of hero worship, failure, and redemption that you can't forget," owner Greg Linnemanstons says. Take a look for yourself at the time-tested, inspiring 60-second spot.

(Coca-Cola seems to have realized its sports spots resonate quite well -- they've hit the nail on the head more than once. One of my more recent favorites is this ad from the 2012 World Cup; check it out here.)

This fantastic commercial from Canon shows not photographers, but adventurers, using their product. The first part of the commercial highlights amazing experiences -- like running from giraffes -- alongside more regular events -- dad climbing on a snowy roof doing who knows what. But all of them are capturing something amazing on the other end, and the photos we see at the end of the ad display it. The music escalates at just the right time and pace, the tagline, "Long Live Imagination," is spot on, and it wakes up viewers' sense of adventure. My only bone to pick with this one is the overt product voiceover at the end; I think ending on their tagline would have been more powerful. But hey, it's a great ad before that ... so just cut off the last couple seconds as you watch ;-)

You might remember a pretty groundbreaking ad from VW back in 1960 -- a very minimalist ad that debuted their "Think Small" slogan. Taking a page out of VW's book, this fantastic ad from MINI shows you how much the little guy (literally or figuratively) can do, even when they're fighting some serious David-and-Goliathy-type odds. Wish I'd pulled this out in time for National Small Business Week last week.

As Steve Hall over at AdRants put it, sometimes, brands need to think bigger. (Yes, this is an exception to the VW rule.) When you watch this ad from Red Bull, you'll see someone break a world record. That's inspiring in and of itself. But the magnitude of the feat -- jumping from outer space -- and watching all the people involved celebrate upon his safe landing in the group's shared success, is when the goose bumps really kick in.
So, anyone want to go skydiving? I'm in if you are ...

What other ads have really inspired you? What's your favorite ad in this list? Share your opinions in the comments.