The Psychology of Teams: 9 Lessons on How Happy, Efficient Teams Really Work

Remember a job you loved? (Hopefully, it's the one you have now!)

Remember a job you hoped to leave?

When I reflect back on my career journey, I have jobs that fit both categories, and the difference has often been the fit of the team. The happier and hustle-ier the group of coworkers, the more we get done and the more fun we have doing it.

Now imagine having a way to get there, no matter where on that spectrum your team sits now.

I researched a bit into some of the psychology and underpinnings of the most efficient, most happy team setups. Here's what I've discovered.

1) How cohesive is your team?

One of the best places I've found to look for tips on the workplace is in recognizing which tips work great for relationships in general. Take this advice from a research roundup done at Lee University:

Research on healthy relationships between adults and young people has consistently identified respect, affirmation, and trust as the most influential factors.

One very interesting and useful study was conducted by Dr. Jim Tunney, who asked teachers to assess the degree to which they cared for and respected their students (90% and 80% respectively chose 8 or higher on a scale of 10). He then asked students to indicate the degree to which they believed their teacher cared for and/or respected them (30% and 25% respectively chose 8 or higher on the same 10-point scale).

The emphasis on respect, affirmation, and trust comes from the results of a family assessment model called FACES, which asks a series of questions about cohesiveness and adaptability of one's relationships. (Sample questions here.)

I've heard this exact idea shared before as the way to build a cohesive family, a cohesive group of friends, and yes, even a cohesive workplace.

Dr. Stephen Glenn, a parenting expert, built this concept into his training courses on developing capable young people. Dr. Glenn, who raised four biological children and 20(!) foster children, ties those talks directly back to the research and results of FACES and more.

2) How task-diverse is your day?

The brain benefits to doing different types of tasks

This should not be confused with multitasking -- doing more than one thing at a time, which can be tough.

In Your Brain at Work, David Rock covers the different science behind working smarter on the job. One of the big takeaways: Different types of tasks use up different amounts of energy.

Seems quite obvious, right? Yet, I'm still constantly guilty of getting plugged into the same big task for huge chunks of time.

Let your team members build their days so they have diverse sets of tasks to do, and you might just see better results and happier outcomes. From the book:

One of the ways we've gone about this last step at Buffer is to structure our days with workstation popcorn: 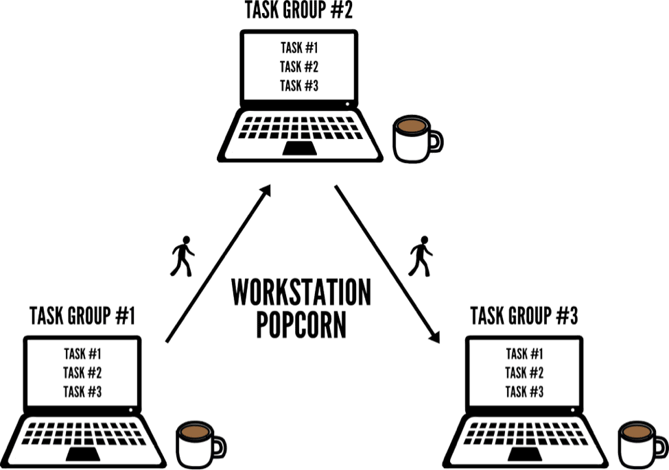 You start your day with a to-do list, then plan your list around different cafes, coffee shops, and workstations, popping from one to the next when you’ve completed a set of tasks.

3) What is the personality mix of your team?

Create a good blend of the big five personality types

In the 1970s, two groups of personality researchers independently came to the conclusion that most personality traits can placed in five broad categories, now known as the Big Five. They are: 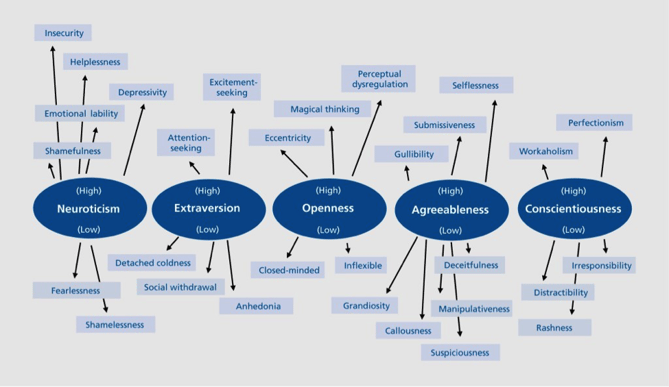 Image Credit: Out of Service

(If you’re curious about these, you can try this online test to see how you score.)

The idea is that when it comes to team-building, you should focus on collecting a mix of these Big Five and blending them into the team-at-large and the individual teams within. Here are some specific tips:

How to shrink your teams and limit choices

In Paradox of Choice, author Barry Schwartz describes the problem with having too many choices: dissatisfaction, regret, uncertainty. One of his tips: At restaurants, close the menu after you find the dish you like. Simple. Done.

To carry the food analogy further, this concept relates to the way that Amazon's Jeff Bezos approaches team structure. Bezos defaults to small: If a team can't be fed with two pizzas, it is too big.

5) How much doing does your leader do?

Bill Walsh's standard of performance (i.e., lead from the front)

Former San Francisco 49ers head coach Bill Walsh, who won three Super Bowls and popularized a revolutionary new way to play football, wrote a book that is kind of about football but mostly about leadership and life: The Score Will Take Care of Itself.

One of the lessons from the book touches on the concept of leadership, particularly as it relates to those in leadership positions.

Someone will declare, “I am the leader!” and expect everyone to get in line and follow him or her to the gates of heaven or hell. My experience is that it doesn’t happen that way. Unless you’re a guard on a chain gang, others follow you based on the quality of your actions rather than the magnitude of your declarations.

Part of running an efficient, happy team is placing leadership around it that is action-based. Walsh came up with a system he called "My Standard of Performance," which guided everything he did. Here are some highlights:

Not that those in leadership positions at your place of work need to do all these things, but what might it feel like to work with someone who embodied even some of this stuff?

6) How do your employees experience freedom and responsibility?

The joy of giving decision-making to all

Dennis Bakke’s The Decision Maker is an allegorical story about what it’s like when decisions aren’t solely made by those in leadership.

It’s a fascinating concept. Giving employees responsibility and freedom to make decisions can be transformative, with the thought being that the closer one is to the problem -- not the boss in a lot of cases -- the better decision can be made.

Here’s a snippet from the book, jumping into a conversation between an employee in HR and the CEO of the company. The CEO says:

“You’ve got the responsibility, but you’ve also got the freedom. Think through these questions. Figure out what you think will work best. Do whatever you need to. If you want to connect with other people who are thinking about this, get advice from other businesses, you let me know. Whatever research you need to do, we’ll make it happen. And then come to me with your decisions about how to handle human resources going forward.”

“So you can sign off on them?” Angela challenged.

Tom shook his head. “Nope,” he said. “So I understand what’s happening in the business.”

We place great emphasis on the culture and values we hold at Buffer. They define the way we do just about everything: from product to marketing to support to our personal lives. They run deep!

We like to think that part of the great outcome of having these shared values is that we're excited and motivated to come to work together each and every day.

That being said, values are not a shortcut to results.

Our CEO Joel Gascoigne summed it up really well in this blog post:

This is the approach we have started to take at Buffer with our cultural values such as Happiness and Positivity or Defaulting to Transparency.

I can’t say that creating a company where everyone is happy is something that will make us more successful, and I can’t say that being fully transparent about revenues, user numbers, salaries, and other details helps us grow faster than other companies.

These are simply values we have chosen to live by.

8) Are the right people on your bus?

The delicate art of hiring and firing

This quote from Jim Collins (from his hugely popular book Good to Great) covers the way we like to think about hiring. We hope to get the right people on the bus, first and foremost. Then we can always swap seats later and figure out together where we're headed.

Of course, getting the right people on the bus might mean being a bit more disciplined about hiring or taking stock of who's on the bus already.

Again, Joel has some great thoughts on the perspective of getting the passengers right, even if it means some hard conversations: "I would even go a step further and say that keeping people around who are not a great culture-fit is one of the worst things that could happen to someone. It has almost always been a mutual feeling when I had the conversation to let someone go: They felt some relief. I even have this quote on my wall to remind myself to think in this way:

'Waiting too long before acting is equally unfair to the people who need to get off the bus. For every minute you allow a person to continue holding a seat when you know that person will not make it in the end, you're stealing a portion of his life, time that he could spend finding a better place where he could flourish.' - Jim Collins"

9) How much do you think about an efficient, happy team?

The yin and yang of intrinsic versus extrinsic

One day this old alley cat crossed paths with a younger cat who was frantically running around, trying to catch its own tail. The older cat watched carefully for awhile. When the young cat stopped for a breather, the older cat asked, “Would you mind telling me what you are doing?”

The young cat said, “Sure thing! I went to Cat Philosophy School and learned that happiness is in our tails. So I am going to keep chasing my tail and someday I will catch it and get a big bite of happiness.”

The older cat responded, “Well, I have never been to Cat Philosophy School, but I agree: Happiness is in our tails. However, I have found that when I just wander around enjoying life, it follows me everywhere I go.”

The same goes for building an efficient, happy team.

In particular on the happiness side, this idea was highlighted in a 2011 study by Yale psychologist June Gruber and colleagues who found that pursuing happiness may lead to increased expectations that, if gone unmet, would actually have the opposite effect of happiness.

So instead of chasing efficiency and happiness to the extremes, we may be better off pursuing it calmly and rationally. Trying new team experiments is a great way to go, so long as you keep expectations in check.

What have you found to work best when putting your team together?

I'd love to learn any of your lessons and to brainstorm things together. Let me know what has been successful in your workplace in the comments below.