How to Take a Sabbatical, According to 6 People Who Did

Imagine this -- you spend an entire month backpacking throughout Southeast Asia, drinking from coconuts on the beaches of southern Thailand, hiking the mountains in Vietnam, and seeing Angkor Wat at sunrise. 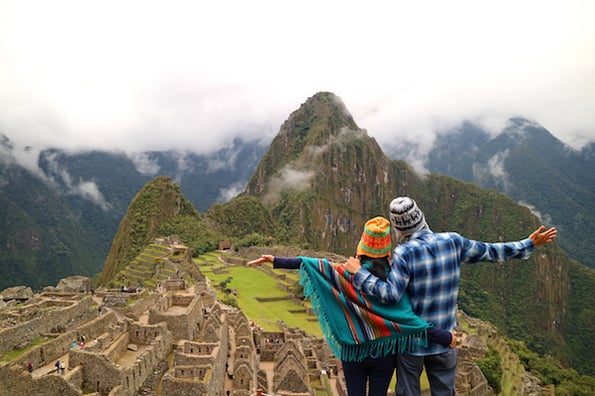 Best of all? You're getting paid to do so, and you have the same job waiting back home that you had when you left.

Surprisingly, that type of experience just might be possible with a sabbatical.

Whether you're hiking the Appalachian trail or spending the month learning a new skill, a sabbatical is often a critical opportunity to regain focus and clarity, relax, or check off a bucket-list item. If your employer offers you the option to take a sabbatical, it's a good idea to take one.

However, a sabbatical can seem daunting, and "wasting" your sabbatical on a bad decision can seem more frustrating than not going at all. To combat these challenges, I spoke with six employees at HubSpot who each took a month-long sabbatical at their five-year anniversary. Keep reading to get some ideas for how you want to spend your sabbatical.

But first -- what's a sabbatical?

How long is a sabbatical?

It depends on the stipulations provided by your employer, but typically, a sabbatical can last anywhere from one month to two years. Of course, you will likely have a shorter sabbatical if it's a paid sabbatical, and a longer one if it's unpaid.

Unlike vacation, a sabbatical is an extended break from work. Employers can offer either unpaid or paid sabbaticals, but typically guarantee an employee's position remain open until the employee returns from their leave.

The length of a sabbatical is up to the discretion of your employer, as are the terms and conditions. Many companies encourage higher retention rates by offering sabbaticals to employees only after a certain period of time -- at Adobe Systems, an employee is eligible for a four-week sabbatical after five years, and a six week sabbatical after fifteen years.

Some companies incentivize employees to pursue professional development by offering a paid sabbatical only if an employee uses the time in a certain manner. For instance, Deloitte offers both paid and unpaid options. A Deloitte employee can choose to take an unpaid one-month sabbatical at any time, or a three-to-six month sabbatical that "can be taken to pursue personal or professional growth opportunities in the areas of career development or volunteerism."

Employees at Deloitte who choose the three-to-six month option will receive 40% of their pre-sabbatical base salary.

At HubSpot, employees are eligible for a four-week paid sabbatical, but only once they've been at HubSpot for five years -- however, this might look different at your company.

It's important to note, sabbaticals can be incredibly effective solutions to turnover rates at your company. Oftentimes, people will work in certain roles until they're exhausted, and then feel they need some time off from work, or even a career-change, to recharge. A sabbatical is an alternative solution to this problem, and allows your employees to return to their roles happier and more productive.

Additionally, your employees will likely gain fresh ideas and perspectives during their sabbaticals. Perhaps they'll observe new potential markets, learn a new skill, or observe how a competitor in another country is successfully solving a problem with which your company has struggled.

To get ideas for your sabbatical, take a look at the diverse experiences of six different HubSpot employees.

"In July of 2014, I started learning Brazilian Portuguese and, after about five months, got to the point where I was proficient enough to take lessons entirely in the language. I was lamenting the fact that, with a wife and four kids, I’d probably never get the chance to get the immersion I needed to bring my skills to the next level, when HubSpot announced our sabbatical program.

I had just hit my five year anniversary, so the timing was perfect.

My family and I rented an apartment in Rio de Janeiro for the month of July, one block from the beaches at Ipanema. We spent the month swimming, visiting all the sites of Rio, and ate red meat and churros pretty much every day.

Leaving work behind wasn’t a huge issue, as I was working in sales for our Dublin office at the time and Europe shuts down in the summer. Even if it were, being in Rio with four kids would be enough of a distraction to keep my mind off things."

2. VP of Marketing Meghan Keaney Anderson's Sabbatical to Her Hometown

"You may think sabbatical and immediately have your imagination jump to exotic locations or wild adventures. Mine did not. For my sabbatical I rented a quiet house by the harbor in my hometown of Marblehead, Massachusetts. I spent the entire time taking long walks with my dog and sitting in a rocking chair on the front porch.

Above all, I wanted some time to clear my head. Going somewhere familiar and watching my dog sleep in the sun was that precise thing. I am so grateful I did."

"For my 31 days I elected to rent a house in Costa Rica and live the surfing life as if I was retired and just doing my thing. I ended up renting this incredible house just minutes from the beach. As you’d expect when you send an open invite to friends and family saying you've rented a beach house and there are open bedrooms available, people are more than happy to take you up on the offer. We had a fun rotation of guests coming and going each week, which meant there were always laughs and adventures to be shared. It was also rewarding that I was able to pay a vacation forward to my parents, and host them for once.

I’m a big fan of earning good karma on trips, so I decided to donate some of the HubSpot provided money to a local school and I ended up bringing home a stray dog! Once his paperwork was all set, I brought him stateside. Best of all, he was adopted by a fellow HubSpotter and he's already been in the office and gotten plenty of HubSpot love.

"There are so many directions you can take for your sabbatical and the best direction to go can also be very dependent on your current lifestyle and living situation. My husband and I threw around a ton of ideas as there are many things on my bucket list, but we also had a baby that was about to turn one and no local family (or any that would take a baby for over two weeks).

Traveling the coast of California was always on our list, and we decided that option would be very baby-friendly. Preparation at work was fairly easy because my team has a customer facing team alias for emergencies, which we can put in our out-of-office. So during any time out of office, the team picks up your slack and you pick up their slack when they are out.

The great thing about HubSpot is that since everyone has the opportunity to take a sabbatical (and any vacation), no one minds helping out and supporting the current person who's out, so I never felt like I was burdening anyone and also don't feel like it's a burden to support others who are out -- which makes the month off 10x better. The only major source of stress of the whole process was making sure I picked the absolute best path up the coast."

"I think the most important thing about planning your sabbatical is that you don’t bow to pressure to make it amazing in some traditional way. If you’re truly desperate to go on a month-long trek across vast empty landscapes, then by all means do it. But if secretly you’d rather stay home with your cats and knit by the fire (which is what I did), then you should do that instead. Nobody’s grading you on your sabbatical. You shouldn’t 'do it for the ‘gram.' This is for you -- to rest and recharge, whatever that happens to mean for you. Maybe mix a little travel with some downtime at home. Or indulge in nonstop travel if that’s right for you. Or don’t budge from your home turf, and really revel in that.

Just pay close attention to which ideas for your sabbatical make your heart sing, and which ones make your stomach hurt. And follow the song.

Whatever you do, it’s not a bad idea to focus on something tangible you’ll take away with you as a souvenir of the event.

One friend of mine wanted to collect a jar of sand from a particular hidden cove on the Mediterranean Sea. Now it sits on her desk and reminds her of the promise she made herself when she finally got there.

I knitted myself a sabbatical sweater, which actually has a secret message woven into those cables that only I can read. (Knitters will understand what I mean.) It isn’t so much about 'having something to show for it' as much as it is about crafting your sabbatical so that it gives you the space to remember something about yourself that you might have forgotten, or to resolve something new that you want to recall. Try to come out of your sabbatical with some sort of message to your future self, something your sabbatical self would want you to remember."

"I wanted to spend my sabbatical doing something creative and something that aligned with my hobbies. I also wanted to ensure it was something that would also only be available to me if I were to have a month of time off. I did some research (and deferred to Andrew Quinn, who had built a guitar already) and ended up booking a two-week intensive course with Charles Fox in Portland, Oregon.

The process of leaving work wasn't too difficult -- I had my current direct report holding down the fort while I was out and it also was the summer (June) so the work cadence was a bit lighter. Once I got back, it took me a few days to adjust and get back into the swing of things -- mostly catching up on what happened and working through my inbox."

How to Take a Sabbatical

If your company offers a sabbatical program, you'll likely need to follow certain guidelines to submit the request for a sabbatical. You can probably find the rules and regulations listed on your company's website.

However -- what if your company doesn't have a fully-fledged sabbatical program? Perhaps you can still take one, by following these steps:

Once you get approval from your manager or director, you might still be nervous about taking the time off, unpaid. Fortunately, there are a few grants and scholarships for which you can apply, to help you successfully finance your sabbatical.