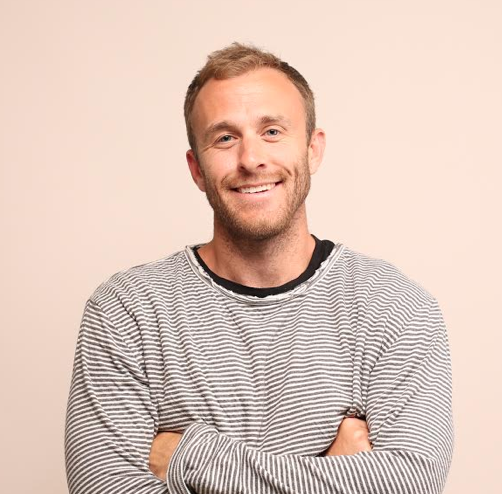 Everyone wants to be creative, yet many of us are too fearful to pursue our most creative ideas. Why? Our fearful reaction is not a matter of choice -- it’s often a knee-jerk reaction that can be attributed to our biology.

According to Adobe's State of Create report, "At work, there is tension between creativity and productivity." That could have something to do with previous research indicating that there's a natural association of uncertainty with ideas labeled as "creative," and that makes a lot of people uncomfortable.

So when you’re pursuing a creative path, this hurdle can feel insurmountable. How do you tackle and, ultimately, dismantle it?

Creativity vs. Fear of Failure

In my experience -- and that of many creative professionals -- the most familiar form of fear come is really that of failure. It's a hesitancy to branch outside the norm and risk exposing yourself to the judgment of others. But that fear alone is not what inhibits your path to creativity. Not acknowledging is what's truly damaging. Nelson Mandela summarized that notion quite well:

I learned that courage was not the absence of fear, but the triumph over it. The brave man is not he who does not feel afraid, but he who conquers that fear.”

The traditional narrative about the creative process tends to leave out fear. We hear about and romanticize the lone genius’ bursts of inspiration but that isn’t always accurate. As David and Tom Kelley note in Creative Confidence, “A widely held myth suggests that creative geniuses rarely fail." They go on to cite UC Davis Professor of Psychology Keith Simonton, who found that many of the world's most famous creative people -- like composer Wolfgang Mozart and scientist Charles Darwin don't give up at the first sign of failure. Rather, they keep experimenting until they find what works.

That's one of the things that makes fear a necessary and important part of creative work -- learning how to work with it. Unfortunately, in many organizations, fear tends to dominate, often stifling what could have been some of our most creative work. Only 4 in 10 employees would even describe themselves as creative, and out of those who do, less than half think they're "living up to their creative potential." Those are forms of fear, and even if you’re not aware of it, you've likely let it take control before.

But how do you recognize it? Here are some familiar "traps" you might be falling into.

In the middle of a brainstorm, someone pitches an off-the-wall idea that the whole team thinks is edgy and hilarious. These ideas are often followed by a flurry of enthusiastic statements that start with things like, “what if we….” or, “imagine if…”. Despite the team’s excitement, you decide the client will think it’s too offbeat, so you pitch your safer -- a.k.a., less creative -- plan B.

When you focus on what seems like the safer path and make decisions purely based on risk-avoidance, you lose sight of supporting your actual objective. That's common in group dynamics, and even has a name: Groupthink, which occurs "when a group values harmony and coherence over accurate analysis and critical evaluation," according to Psychology Today. It's often masked as rational thinking, but playing it safe is actually the enemy of good creative work -- the more you stay in the same place, the less effective your work becomes. Conversely, doing good creative work requires comfort with risk.

Your competitor releases a new product or service, or updates its branding/website, thereby staking its claim as the industry leader. Your fear of being outshined prompts a response focused solely on beating your competition, instead of doing what's going to benefit your customers -- and therefore, your business -- the most.

While most people are aware that their respective brands must constantly innovate and evolve, letting fear control your efforts is also dangerous. When fear fuels your motivation and objectives, your work can become less meaningful due to a lack of passion or enthusiasm behind it. Plus, spending an unbalanced amount of time trying to keep up on every trend saps your resources and focus. When you succumb to fear, you often end up paying the price in the long run, with results like a bad user experience or looking like a copycat. As Karen Martin wrote in her book The Outstanding Organization, “When everything is a priority, nothing is a priority.”

Why You Need Failure

Yes, there is a right way to fail. When you creatively experiment -- just as Mozart and Darwin did -- there are times that you will fail. But when you fail in this manner, you learn from it. For this reason, it is important to accept and even honor your creative failures. View them not as a hindrance to creative success, but as a powerful conduit that gets you closer to your goal next time around. Accept that failure is an option, and one that you are quite capable of recovering from, with the right perspective.

In my experience, the only way to overcome your fear -- or at least prevent it from sabotaging your day-to-day -- is to reframe it. When you think of the framework for failure, replace the word “failure” with “learn.” That approach encourages confidence and a willingness to learn, which are vital for high-quality creative work.

At my company, C5, our vision is to help build a world where everyone can have a healthy and fulfilled life. We take this mission seriously in the work we create, the clients we work with, and the way we interact with each other. But "healthy" and "fulfilled" don't have to translate to "rainbows and sunshine." Fulfillment really comes from the fruit of your labor, which only grows through hard work and, sometimes, results that you weren't hoping for. Knowing that, we believe that sometimes rising to the challenge is its own reward.

In our organization, we are pursuing an effort to remove unnecessary sources of fear and anxiety from how we approach our work. Letting our creativity come to front doesn’t mean we do things flippantly, take uncalculated risks, or play roulette. But we do cultivate environments in which we can take intentional risks.

We've outlined some of the pieces that, to us, comprise a calculated risk.

Determining Objectives of the Situation at Hand

Naturally, your actions are influenced by your goals. But creativity can always be cultivated within confines. In fact, structure is often beneficial. Just because you have always done something one way, doesn’t mean it’s the only way to do it. When strategizing how best to achieve a goal, consider alternate solutions, try new methods, and conducts A/B tests. For example, when Microsoft Internet Explorer requested an infographic from our agency, we ended up pitching a video concept, instead, because we felt it would deliver the message more effectively. The client agreed, and the "Child of the ‘90s" spot we created for them garnered over 49 million views.

Learning to Operate From a Place of Conviction and Commitment

If you have a unique or unusual creative idea, lead with confidence. Whether you’re pitching it to a client or trying to secure budget from management, if you drown in self-doubt at every stage, it’s likely to show. You should certainly listen to valid objections, but remember that passion and enthusiasm are contagious. Again -- Microsoft would have surely rejected our pitch had we not made a well-supported, confident case for it.

Allowing the Freedom to Fail, Learn, and Grow

Nurturing an environment that not only encourages but demands experimentation is vital to push your creative boundaries. You can help cultivate this at every touch point in your organization, whether it means building out longer timelines, schedule regular out-of-the-box brainstorms, or encourage employees to work on their own passion projects. Pushing your team to experiment will only benefit you. Our agency has even closed up shop for a “hack day,” during which everyone -- from accountants to designers -- collaborated on creative solutions in a consequence-free environment.

As you face creative challenges, I encourage you not to give into fear -- in fact, give it a chance. Without fear, there is no bravery. And without bravery, no risks are taken. And you can’t improve if you aren’t taking risks. Learn from what doesn't work, and use it to build something even better.

What are some of the creatively-charged risks you've taken? Let us know in the comments.

How to Use Ideation Sessions to Develop Your Best Ideas Yet

15 Creative Exercises That Are Better Than Brainstorming