Discrimination against a co-worker. Inappropriate remarks to a subordinate. Some forms of harassment in the workplace are obvious, but others — not so much. 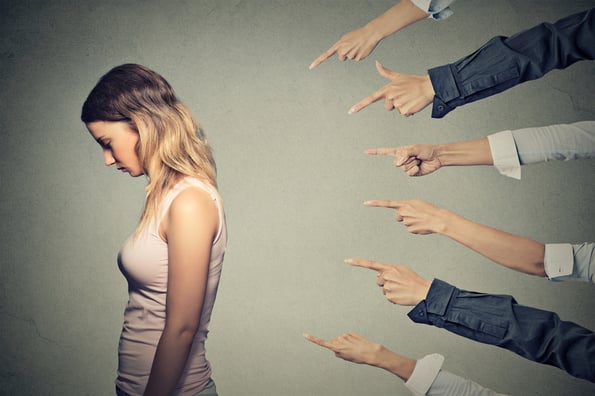 Some leaders pretend to help you advance, only to give “your” promotion to someone else (e.g., gaslighting). One poll shows 58% of people have experienced gaslighting at work; another study found that while 30%-50% of leaders are transformational, 8%-10% are essentially toxic (unlikely to change).

But an unhealthy working environment is bad for business — as the old adage goes, people don’t quit jobs, they quit bosses. As a founder, it’s worth training your managers to identify and combat gaslighting to ensure your workers are put in a position to thrive.

Gaslighting is a form of psychological manipulation where the abuser denies their actions are causing harm, or convinces you that your perception of reality is wrong.  Some gaslighters can be charming and convincing, making them difficult to identify as abusive.

So where does this term come from?

It’s based on a 1938 play called Gaslight (later adapted into a movie), where the main character’s husband over time convinces her that she was going insane (she wasn’t — it was all him). Since the term fits the bill, people (and psychologists) use it to identify this behavior.

How does gaslighting happen?

A common way for a gaslighter to manipulate a victim is by using indirect communication. They may purposely misguide the victim or omit important information when giving instructions. For instance:

A worker is absent, and the boss asks you to present at the upcoming meeting. He gives you the slides, but no context as to the purpose of the presentation. So when you present the project, you aren’t prepared for the client’s questions.

Sometimes, the gaslighter claims they said something entirely different than what the victim “remembers,” making them feel like they heard wrong. When done often enough, the victim may feel like they’re going crazy or that something’s wrong with them.

For example: A co-worker makes inappropriate remarks to you, so you bring it up with your manager. But when the co-worker tells their side, they make up an entirely different story and challenge your recollection of events. The goal is to make you seem incompetent or forgetful, so everyone (including yourself) second-guesses what actually happened.

Signs of gaslighting at work

Gaslighting signs can be subtle and difficult to detect. Here’s a look at the top signs you may see from gaslighting bosses and subordinates.

It’s common for gaslighting to occur between a person of power and a subordinate, as the boss can claim to be the “right” one and no one can say otherwise. When left unchecked, this can turn into consistent gaslighting.

Behaviors from gaslighting bosses often include:

Office politics are commonplace and can lead to co-workers gaslighting one another to gain positions of power. It’s a tactic some use to kick others down to gain an advantage (e.g., earn a promotion).

Here are a few signs to look for:

Examples of gaslighting at work

Gaslighting at work can happen in three scenarios:

Gaslighting at work by the boss

It’s not always easy to tell when a boss is a gaslighter because their intentions may seem innocuous. For instance, a boss offering an opportunity to work on an important project — then creating roadblocks to stymie an employee’s efforts.

Then there are bosses who show blatant favoritism for certain employees, providing coaching to a handful of workers to give them a leg up, while making up obstacles to prevent others from advancing.

In other cases, a manager may try to humiliate an employee even if they’ve done their jobs. Ivana Taylor, publisher of DIYMarketers, found herself at the mercy of a toxic boss at a major company.

“The CEO was clear about the direction and tasks he wanted done. I proceeded to create marketing plans and strategies as requested. Before every meeting, he would tell me what he wanted covered and tracked,” recalls Taylor. “I would work 80 hours a week to pull information together, present it to him, have it approved for presentation and then get dressed down, yelled at, and humiliated in the meeting.”

Gaslighting at work by subordinates

Gaslighting between employees can be equally problematic. A co-worker may try to make a teammate feel inadequate, making remarks like: “I see why you take so long to finish those reports” or “Why don’t you do it like this, it’d be easier?”

This may seem like they’re trying to be helpful, but over time, it can make the victim doubt their own abilities, especially if they're not getting compliments or accolades for their achievements.

Gaslighting can occur across departments. For example, someone in accounting could tell a worker about when they’ll send a payment, then turn around and claim a different date. If it wasn’t in writing, it could be difficult to prove who’s correct.

This can happen in other scenarios, like when an employee fabricates a story to make someone else look bad. Dr. Steve Mascarin, owner of Taunton Village Dental, recalled a previous job where a colleague would sit behind him, look at his computer, and make comments about his work. He told her he appreciated the feedback, but wanted to do things his way.

“She [then] went and told the boss that I disrespected her, got irate, and called her an ugly name,” says Mascarin. “I was called into the office and questioned. I told my side of the story but my boss couldn’t determine the truth to satisfy them. I began jotting things down about interactions with this co-worker so I had evidence with times and dates the next time this happened. She was put on notice about her behavior and it stopped.”

Gaslighting at work by groups of employees

Gang gaslighting can occur with both management and subordinates. For example, a manager may ask a worker to come to a meeting, then ask why they’re there when they arrive.

When the employee attempts to explain, another manager chimes in and claims the employee must be mistaken. Or worse, they make the accusation that the employee often messes up instructions.

Another example is when a worker gaslights another colleague by misdirecting them on the details of a project (process, deadline, etc.). When it comes time to turn it in, the employee faces disappointment from management.

“They tried hard to convince me I made a mistake. A search was done until the paperwork was found, at my discretion. The situation was resolved when it was found, but no one was disciplined, as most [co-workers] determined it was an honest mistake.”

Is gaslighting illegal at work?

Gaslighting is illegal if the victim can prove it’s discrimination or harassment. There’s no specific law prohibiting gaslighting itself, so the conduct must fall under those two categories.

It becomes discrimination when the gaslighter targets the victim based on their:

Employees have the right to file a lawsuit against the employer when this occurs.

There aren’t any state or federal laws specifically for workplace bullying, but employees may still be able to sue their employer. For example, Tennessee has the Healthy Workplace Act that prohibits abusive conduct. If an employer in this state doesn’t implement policies to prevent harassment, a victim can sue the company for allowing an abusive work environment.

It’s easier to prove damages in court if the victim can show records of lost wages or medical and therapy costs tied to the abuse. They can ask for punitive damages, including emotional distress, pain and suffering, or reputational harm. Victims can also sue the employer for their job back with back pay and front pay if they lost their position.

How to respond to gaslighting at work

Start with training leadership (and yourself) about the different forms of emotional abuse, including gaslighting. Learn to understand the signs of gaslighting and create zero tolerance policies to deter the behavior. And when it does happen, remove the perpetrator from the company immediately.

It’s also helpful to educate workers on how to respond to gaslighting.

For example, ask employees to:

As a boss, it’s your role to believe employees when they bring up gaslighting and investigate it. Talk to the alleged gaslighter one-on-one and review the evidence compiled against them. Get HR involved and look over exit interviews from the manager’s team to see if there’s a pattern.

To avoid toxic offices, TEDx speaker and workplace expert Bonnie Low-Kramen advises building your company and talent pipeline mindfully. “Hire smart and slow. Surround yourself with people who understand your mission and goals and match your pace and work style. Set clear expectations for your team and be transparent with them about how you operate.”

“Tell them how they ‘win with you’ and how they ‘lose with you.’ Get to know your people and understand how working for you serves them. Executives need to know this. Doing this before you hire someone builds a path for success,” says Low-Kramen.