Get to Know the 15 Largest Independent Ad Agencies in the U.S.

It seems like every other week there is a headline announcing the merger or acquisition of another independent agency — Campfire, La Comunidad, Hawkeye, Covario, and Pitch — to name just a few. 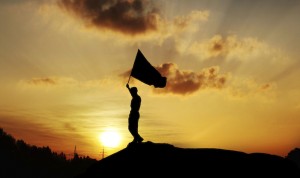 In fact, in the first quarter of 2014 alone, 267 marketing communications acquisitions were made, according to Results International.

Agency networks and holding companies are looking to latch onto shops that offer specialized services and deep category knowledge because this is what brands are looking for. They want speciality, niche shops to join their roster and execute on a slice of their marketing activities.

But not all independent shops are biting on the chance to snuggle into the "secure" arms of a holding company. Instead, they are building new revenue streams and experimenting with pricing models to protect themselves from market volatility.

We’ve pulled together the largest independent agencies based on revenue in 2013 (as reported by Advertising Age’s Agency Report 2014) in the U.S. Get to know the agencies making their mark on their own.

Merkle is a customer relationship marketing agency that employs more than 2,400 people. Its services include digital marketing, consulting on customer strategy and marketing optimization, and data measurement and analytics. Clients include GEICO, Microsoft, DIRECTV, and Nespresso. It grew more than 16% in 2013.

Freeman specializes in marketing services for tradeshows and expositions. The agency provides event design, installation, communications, and logistics, among other services. The company was founded in 1927 by Donald S. “Buck” Freeman and originally known as the Freeman Decorating Company.

The Richards Group is the first more traditional agency on this list, and Stan Richards, founder of the agency, continues to lead the company. The agency offers everything from relationship marketing to branding to public relations and boasts a client list that includes Chick-fil-A, The Home Depot, and RAM Trucks.

Wieden+Kennedy is famous for its work with iconic brands, such as Nike, Coca-Cola, and Old Spice. With eight offices worldwide, the agency continues to expand and invest in projects like PIE, an incubator where the agency helps startups with branding and marketing strategies.

The agency has four offices — Chicago, Milwaukee, New York, and Phoenix — and offers a wide range of advertising and marketing services. The 2014 Effie Index named Cramer-Krasselt the Most Effective Independent Agency in North America.

Horizon is a media agency that employs more than 850 people in New York, Chicago, San Diego, Miami, and Los Angeles. The agency placed $4 billion in media in 2013 and works with brands such as Corona, the History Channel, and Silk.

Match Marketing Group is a shopper marketing agency that was built through a series of six acquisitions and mergers. The agency offers experiential marketing, digital and social, and retail strategies and operations and has worked with brands such as Samsung, The International Culinary School at The Art Institutes, and Dannon.

Gyro is a leading B2B agency with more than 14 offices and 600 employees. It was named the 2014 BMA Global B2B Agency of the Year and works with FedEx, BlackBerry, Cars.com, Pfizer, and Ameritrade.

Goodness Mfg. was acquired in 2010 by Trailer Park, an agency led by former CP+B executives. The agency has done work for Bolthouse Farms, Toshiba, Showtime, and Lucas Arts.

RPA’s work for Honda during the past three decades has put the agency on the map. And it was recently awarded the Los Angeles Clippers account. The agency will help to revitalize a sports team that caught the media’s attention this year and not because of its record. The agency also works with Intuit Small Business, Farmers Insurance Group, and ARCO.

More than 750 people work in one of the public relation firm’s 18 offices. The agency works with Microsoft, HTC, and Emergent BioSolutions, and Bulldog Reporter’s Star of PR Awards 2014 named Waggener Edstrom Communications Agency of the Year

Olson is a full-service agency that does work for brands like Target, Sharp, McDonald’s, and Supercuts. In 2013, the agency purchased PulsePoint Group to expand its digital capabilities, and in 2014, it was name the Best Consumer Consultancy in the World by The Holmes Report.

*On October 22, 2014, ICF International announced that it would acquire Olson.

As a customer engagement agency, Ansira provides services that are driven by data and analytics. The agency has eight offices in the U.S. and has expertise in industries such as automotive, insurance, and retail.