Hate Cold Calls From Telemarketers? Here's a Way to Fight Back 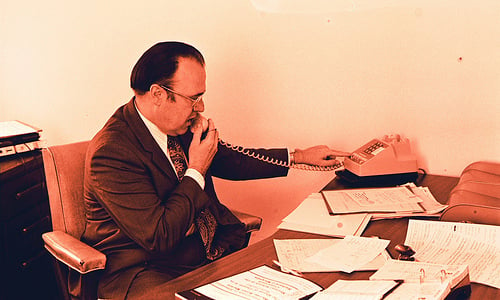 Last week our CEO Brian Halligan published a fantastic article about why cold calling is dead and why inbound sales is the future. 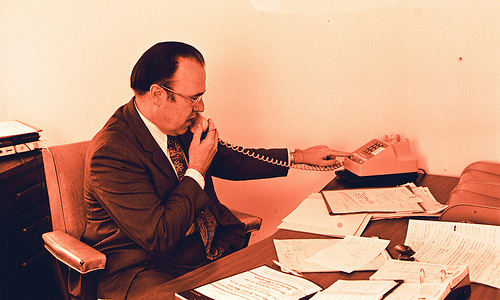 Nobody likes getting cold calls from telemarketers, which is reason enough to drop that kind of tactic. But if that’s not enough -- here’s another reason. One guy in England has found a way to fight back on cold callers and telemarketers by forcing them to pay money to call him, the BBC reports

Lee Beaumont, of Leeds, set himself up with a personal line that costs money to call -- the kind normally used by for-pay services like horoscopes, tech support, and, um, “adult entertainment content.” In the U.S. we call them 1-900 numbers.

In Britain there are a variety of numbers like this. The one Beaumont bought begins 0871. He paid 10 pounds (a bit over $15) plus tax to set up the line. It costs 10 pence a minute to call him on this line; he gets 7 pence and the rest goes to the service provider.

Beaumont set up the line in November 2011, and then every time he was asked online to provide a phone number, he gave them the 0871 number. Beaumont even gave the number to his bank, gas, and electric companies. When they asked why he had a premium number he told them he doesn’t like getting called at home, so they can either pay to call him or they can contact him via email.

Beaumont says the tactic has worked. These days he gets 13 calls a month, down from 20 to 30 before he bought the premium number.

But there’s a twist to the story. Because Beaumont makes money with the line, he’s started trying to lure marketers into using it.

For example, he posted the number on Twitter, hoping that marketing companies would pick it up and start calling him on it.

Ironically, Beaumont says he now looks forward to those annoying calls from people trying to sell solar panels. When telemarketers call him, he tries to keep them on the phone for as long as possible, to run up the bill.

So far he has made about 300 pounds, or about $450, with the line. That’s not a lot over a two-year period, but it’s enough to give him some satisfaction.

A Message to Marketers

The point to this isn’t so much that marketers need to worry about hordes of people rushing out to buy premium numbers.

The point is that in every aspect of their lives consumers are finding ways to tune out interruptive messages that they don’t want. They use DVRs to skip commercials. They use ad blocking software to get rid of ads on websites.

As Brian Halligan wrote last week: “It’s imperative that those of us in Sales and Marketing adapt our approach to reflect the needs of the modern buyer. Customers are now controlling the buying process and inbound selling is how modern salespeople can keep up.”

To learn the five keys to inbound selling, read Brian’s entire blog post, and check out his SlideShare, too.