Git vs GitHub: What's the Difference?

If you're a developer, you've probably heard of Git and GitHub. But what are they, and what's the difference? The first answer is version control. 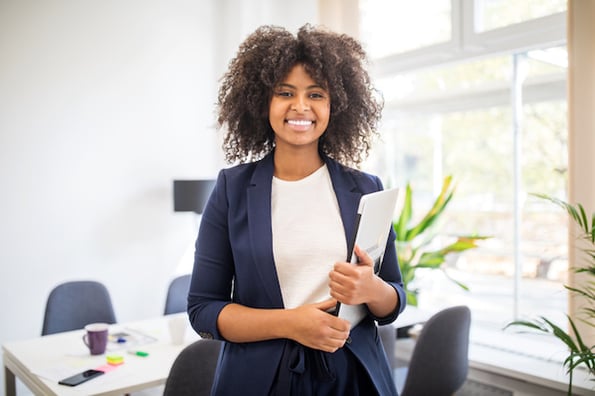 Any developer who has worked on a project with multiple team members knows the importance of version control. When more than one person is working on a codebase, it's essential to have a way to track changes and ensure that everyone is working off of the same version of the code.

In this blog post, we'll take a closer look at Git compared to Github and see why it is so popular among developers. Let's start by learning version control.

What is version control?

A version control system (VCS), allows you to track changes to your code over time. It's essential for developers who often need to work on the same codebase concurrently. It gives them a way to undo mistakes, track changes, and collaborate with others on code. However, anyone who regularly works with files that change can benefit from using version control.

There are many version control systems offered, but Git is by far the most popular. In 2018, a survey of more than 100,000 developers found that Git was the VCS used by 78.0% of respondents. This is because Git is a distributed version control system, which means that it doesn't rely on a central server. This makes Git more flexible than other VCSs, and it's also why Git is the VCS of choice for open-source projects.

VCS allows developers to access the project's history in order to find answers to questions such as: What changes were made? Who made them? When did they occur? What was the purpose of the modifications?

Let's explore the differences between Git and GitHub now that you know the fundamentals of version control.

Git is the most popular VCS in use today, created by Linus Torvalds in 2005. It is free, open-source, and designed to handle everything from small to very large projects with speed and efficiency. Its flexible architecture means it can be effectively integrated into your workflow. For example, you can use Git to manage all your project's files or just a few files that are important to you.

Git provides developers with a comprehensive view of their changes, decisions, and progress for any project. Developers can see the entire history of a project from the moment they access it, giving them all the context they need to understand and start contributing to the project.

Git supports distributed development which gives each developer a full history of their code changes locally. Git also allows for non-linear development by allowing developers to work on different branches of code simultaneously and merge them together when ready.

A Git command is a string of text that tells Git what to do. Each Git command does a different task, but they all work together to help developers manage their code changes.

Here are some common git commands:

How to Use Git

While Git is a powerful tool, it can be challenging to use if you're not familiar with the command line. That's where GitHub comes in. In fact, GitHub is built on Git.

GitHub is a web-based hosting service for Git repositories. It makes Git more user-friendly and also provides a platform for developers to share code with others. In addition, GitHub makes it easy for others to contribute to projects. It also has a robust API that allows developers to integrate GitHub into their own applications and workflows.

GitHub offers features such as bug tracking, task management, and project management. In addition to Git repositories, GitHub also provides a platform for developers to share code snippets, issues, and documentation. Developers can also use GitHub to track the progress of their projects.

GitHub is so popular that it's now the largest host of source code in the world. As of 2022, GitHub has more than 80 million users and 200 million repositories.

So, what's the difference between Git and GitHub? Let's take a closer look.

Git vs GitHub: What's the Difference?

Git is a version control system that allows developers to track changes in their code. GitHub is a web-based hosting service for git repositories. In simple terms, you can use git without Github, but you cannot use GitHub without Git. Take note of the following illustration for further information on the distinctions between the two. 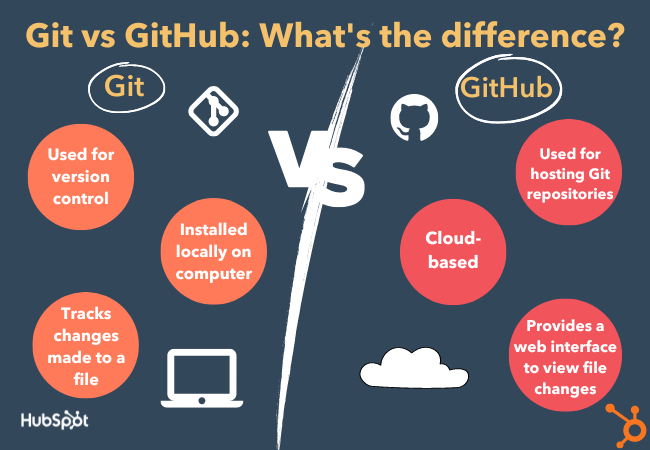 Which should you use: Git or GitHub?

The answer to this question depends on your needs. If you're working on a personal project or don't need the features of GitHub, then Git is a great choice. However, if you're working on a project with other people, GitHub is the better choice. Its robust features and user-friendly interface make it the best platform for collaboration.

By using Git and GitHub, you can access your code from any computer. If your local machine was to get damaged or stolen, for example, you would lose all of your code with no way to retrieve it. However, if you store your code on GitHub, which is a cloud-based service, you never have to worry about losing it.

Git and GitHub are great tools to consider when working on any coding project. Be sure to weigh the pros and cons of each to decide which is best for you and your project.