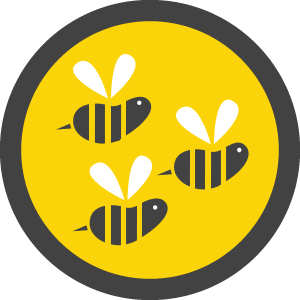 Looks like Foursquare has been a busy bee lately, announcing the second of two new features in just one week's time. Today, the location-based social network is launching 'Promoted Updates,' similar in nature to the "Promoted" features we've seen from Facebook and Twitter.

But because we never covered Foursquare's other launch of 'Local Updates' last week, let's do a quick summary before we move onto Foursquare's latest announcement.

What Are Local Updates?

Local Updates allows businesses to share updates with the Foursquare users who frequent their business. So if a user has checked in to a business often -- or liked it -- they'll be able to access the latest updates from that business via their 'Friends' tab whenever they're in the same city as the establishment. This enables users to get the latest news from places where they're loyal customers about things like new specials, products, or other promos. It also enables businesses to better connect with and cater to the customers that repeatedly bring them business. Local Updates is now available to all companies that have claimed their business on Foursquare. 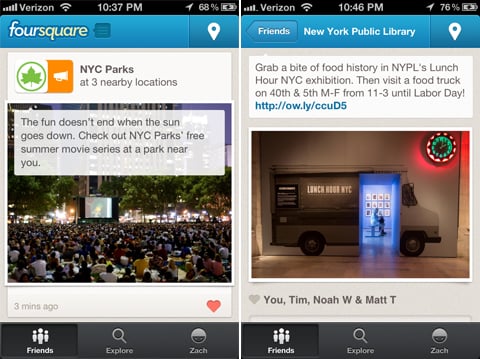 What Are Promoted Updates?

Whereas Local Updates provide Foursquare users with a better way to keep up with the updates from businesses they already like, Promoted Updates help them discover new places. These updates look similar to Local Updates, except they can be found in Foursquare users' 'Explore' tab, and businesses have to pay to promote them there. Get it? 'Promoted Updates'? These updates can include anything from a money-saving special, news about a new product line, or a photo of a restaurant's latest menu item.

Foursquare compares the way Promoted Updates work to the way Google AdWords works. In other words, if I searched for "Mexican food" in Google, I might see an ad for a Mexican restaurant in the PPC results. In Foursquare, similarly, searching for "Mexican food" in the 'Explore' tab might result in a Promoted Update from a local Mexican restaurant about its new summer menu items. 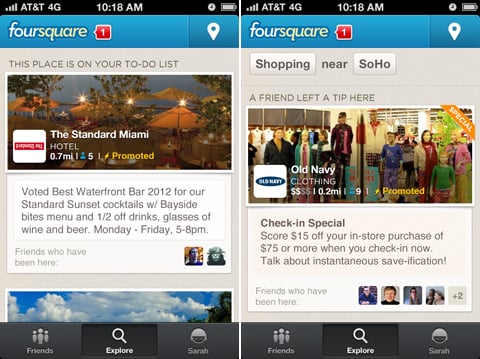 Foursquare explains that the algorithms used to power the 'Explore' tab's normally personalized recommendations are the same ones Foursquare uses to determine which Promoted Updates get delivered to each user. These Promoted Updates could come from businesses that are on the user's lists, places their Foursquare friends have visited or liked, or places a user might want to check out depending on their location or the time of day.

For now, Foursquare is testing Promoted Updates with a group of pilot partners including both local businesses and nationwide brands such as Best Buy, Gap, Walgreens, and Dave & Buster's. Over the upcoming months, Foursquare will be tracking how businesses use them and how users interact with them in order to make improvements, eventually rolling the feature out to all businesses on Foursquare. Companies looking to learn more about Promoted Updates can sign up using this form.

We don't know anything more about Promoted Updates or how much they cost, but one could assume that, since Foursquare likens them to Google AdWords, payment is likely pay-per-click style, based on keyword bids. And if you're a business that has had success with location-based social media promotions in the past, it might be worth it to test Promoted Updates once they're more widely available.

What do you think about Promoted Updates? Will you experiment with them for your business?