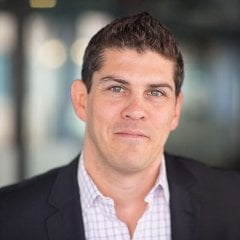 You might wonder: What's the point of analyzing win-loss data after a deal closes? What larger takeaways can you really reap? After all, every buyer is different … right?

Well, sort of. DoubleCheck Research interviewed over 100 executives who participate in buying decisions to determine if any trends would emerge. And lo and behold, a clear picture came into focus.

It turns out that when asked to reflect on what makes a successful working relationship with a salesperson, many decision makers identify three similar characteristics -- knowledge, empathy, and transparency.

One of the essential attributes of a strong sales executive, according to our surveys, is knowledge of the client’s business. This includes how the sales executive can fulfill the prospect’s needs, while also sharpening the edge on the competition.

One survey participant illustrated this with an anecdote. In this case, the solution provider’s sales representative was so self-involved that he only presented information about his company and its services until the prospect finally asked, “Tell me, what do you think our biggest problem is?” The stunned representative replied that he had no idea. At that point, the rep was sent out the door, just 15 minutes after the meeting had begun. Clearly, connecting with the potential client and having insight into their business is an important part of building trust.

This anecdote also shows how imparting too much knowledge at the start of a sales engagement can kill the conversation. The salesperson who favors questions over answers in early meetings is not only furthering a wealth of possibilities, but also fostering a relationship that goes well beyond the initial exchange. On that point, one executive told DoubleCheck, “We're not looking for a partner to just sell us a platform with all the bells and whistles, but one who wants to understand how we run our business and how the capabilities of their service are going to ensure we're successful.”

Of course, the right balance of research and openness goes a long way in fostering such a relationship. In fact, one buyer actively looks for “someone who can say, ‘Hey, you're an expert in [your business], but we're an expert with a bunch of people that look just like you.’” By showing that you have knowledge of the prospect’s field, brand, and business structure, while also being open and adaptable, you build credibility.

In a world where the majority of prospects are seeking an ongoing relationship, “quick fix” approaches to sales don’t work. Many potential clients are most willing to trust and invest when they feel heard and understood. In fact, given the feedback DoubleCheck receives, listening is one of the most prized characteristics of a sales executive, as is being sensitive to a company’s restrictions, pacing, and needs. As one source puts it, a strong salesperson is “able to ‘read’ the potential client,” understand where their hot buttons are, and answer to those issues.

Clients do understand a sales executive’s agenda (hitting quota), however, and can be open to middle ground. “In some ways,” one survey participant told DoubleCheck, “you and the sales executive have competing agendas, but in other ways you have a common agenda. It’s about finding that common agenda.”

In fact, sales executives who truly connect with their prospects’ needs are more likely to establish an ongoing relationship, even if the immediate sale falls through. And given that a strong relationship will likely be capitalized on in the future, establishing such a connection is a win. In the words of one source, successful relationships are usually built by “somebody who is really trying to help us get to the right answer, even if it is not the one we would want to hear and does not help their case.” By taking a client-centered approach, a sales executive develops strong foundations for mutual success.

Another form of empathy commonly mentioned by executive buyers is responsiveness in terms of pacing and mindset. One source told DoubleCheck that slowness to respond to requests for demos and an unwillingness to come onsite marred the all-important relationship between the buyer and the sales team. Another source mentioned that their company quickly recognizes high-pressure sales techniques and looks instead for “someone who's aware of the political nuances of the company, and understands things might not happen right away.”

Sensitivity to detail is also a common concern. “You have to be really clear, and provide concrete examples,” said one respondent, when describing what they needed from a salesperson. For example, explaining the daily tasks that might be involved if the prospect decided to move forward with the deal would be helpful, according to this source.

When looking for a trustworthy sales representative, clients often mention transparency. Though trust can be instinctual, more concrete evidence is highly valued. Companies that are public and have transparency on record are desirable, but so are businesses that demonstrate authenticity through action, according to executive buyers. “If a company were to add a new feature that might be detrimental to our [use case], transparency helps us to see and understand the thought behind that decision,” one source said.

On a more interpersonal level, buyers look for open interactions and consistency. One source told DoubleCheck, “I am very turned off whenever I ask questions and I'm given one answer, then I ask them later, and I'm given another.”

The same source looks for transparency in terms of contracts: “Ultimately, you go into a contract with an organization with the same kind of decision-making process you use if you're going to propose to somebody. I have to trust that person. I have to trust that organization.” A sales executive who is upfront about language or restrictions in a contract -- or helps to clarify the contract’s content -- demonstrates both honesty and credibility.

What’s more, knowledge of what will happen if things go wrong also serves to strengthen trust. “Who's going to respond and how are they going to respond?” asked one client. “That's what matters.”

Do your sales teams exhibit what many business professionals identify as essential to winning the bid and closing that deal? If not, you might want to rethink your training or processes.

Editor's note: This post originally appeared on LinkedIn. It is republished here with permission.

21 Empathy Statements That Put Your Prospect at Ease