Dear New Employee: Do This, Not That. 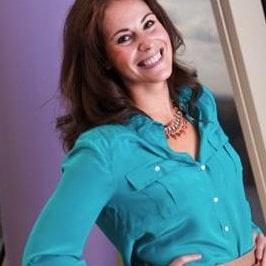 Within the past few years here at Element Three we’ve been growing as a marketing agency and elevating our brand to a place where some really smart, and capable people, want to come work for us. And people ask both me and our Director of Talent all the time, “What does it take to work at Element Three?”

So, if I had a chance to meet with every single person who wanted to ask me that question, what you see here is what I’d tell them.

Keep in mind that we have a very high-performance environment where we give our staff a lot of responsibility, really fast. So these are the things someone would have to master if they wanted to be able to stand out and really prove themselves at Element Three.

With all that said, I really think these are applicable to lots of things that motivated people want to do, and to any organization. They’re the things that I find the best people who work for me have already mastered - and that new employees can often struggle with. You’ll note that few, if any, of these items have anything to do with the functional role they play in the organization.

1) Have a Vision for the Day

I’m starting with this one because it’s just so important. Each and every day you come to work and let your inbox determine what’s going to get done that day, you are letting go of your goals. It is incredibly easy to get sidetracked by last minute interruptions, and work will always expand to fill the time available.

Have a vision for the day. Know what you want to get accomplished that day before you come in. If you don’t walk in and know that these are the two, three or four things that you absolutely have to get done to move your own priorities forward, you are going to let others move their priorities forward, and the things that you are accountable and responsible for are not going to get done.

Best tip: Figure it out the night before. Set out what has to happen the next day. If you wait until you get in, the distractions will already have begun.

This one is kind of a follow to “Have a vision for the day,” because throughout the day there always seem to be “urgent” issues popping up. But just because they’re urgent it doesn’t mean they should be weaseling themselves in front of the important things that need to take place. We’ve all got smartphones that tell us who’s calling. Do you really need to take that call right now? Do you really need to be in every meeting?

There’s something called the “hero complex,” where individuals think of themselves as critical to each and every decision that needs to be made in order for work to move forward. Especially when a fire drill pops up. Don’t take this the wrong way, but nobody’s that important. Not even me, the president of the company. So learn the difference between urgent and important. Don’t let the fire drills take over your day.

Especially when you get into a leadership position people will come roaring at you with their emotions. It could be because they’re scared that they don’t have the resources, or whatever. Often we fill our minds with assumptions and we create fears and boogeymen in our mind’s eye that really are imagined.

If you don’t stop and say, “Okay, what are the things that are making you feel that way?” Or, “What’s the evidence that’s making you believe that?” you may find yourself getting caught up in their emotional whirlwind, and then nobody can think straight. And emotion doesn’t solve problems. Start by identifying the root cause and go from there and don’t let the emotion cloud your quest for the logical solution.

There’s not really a difference between ownership and delegation. Just because you delegated part of your assignment to someone else, that doesn’t mean you’ve passed on the responsibility too. If the project is yours, own it. If there are faults, whether it was directly or indirectly your doing, you are still completely and wholly accountable for the outcome. Too often young talent will start to say something like, “but I told so-and-so to do xyz and they didn’t. Blah, blah, blah.” I really don’t want to hear it.

Also, finger pointing is not a way to make friends. You alienate the people around you because they don’t see you as being on their team, no matter what. So stop to interrogate what role you played in contributing to the unsuccessful outcome. Then learn from it and move on. I had to learn this myself the hard way. I blamed the recession for my company falling on hard times in the early days, when really what I needed to do was look in the mirror and realize I was the one unequipped to lead an organization through a tough economy. Lesson learned on my part, and it won’t happen again.

I’m not trying to make some kind of clever analogy here folks. When I say “Show up” I mean to show up. As in, physically show up. As a mother of three young girls, believe me when I tell you I’ve got a lot on my plate that could keep me home all day. So when I hear what I like to call “minor tragedies” keeping people from work (“my cat had a hairball,” “there’s two inches of snow on the road”) It doesn’t go over well.

Clearly, if there’s something in your personal life that requires you to be out of the office, then address it. But everyone at Element Three has a laptop and can access our cloud server from almost any location. So if you have to be out of the office, that doesn’t mean you can’t still “show up” to a certain extent and get your work done. And yes, we do allow our employees sick days and personal days. My point here is simply to not use minor excuses to get in the way of your work.

It doesn’t matter what kind of GPA you left college with. I don’t care how many extra classes you took. What you experienced in college pales in comparison to what you’ll be experiencing in the real world. So work hard early in your career. A lot of work can lead to a lot of success. It gives a you a broader collection of experiences.

Say yes to more than you say no to. Be willing to take chances. Ask questions even when you think you know the answers. Nobody ever walked the first time they stood up. So get into the thick of things and learn. This doesn’t mean you have to go in there alone with no back up. If you need help, then ask. But don’t just sit on the sidelines and watch. As they say, “Otherwise you have nothing to talk about in the locker room.”

This one’s a little different. It’s an observation. Not necessarily an action to take. But I believe this is a big lesson. So it goes like this: when we say we’re going to do something, we kind of give ourselves credit for having done it, even if we haven’t. It’s because our intention was to get it done on time.

It doesn’t matter that we didn’t do it. We still like to take credit for the fact that we took it on - because we feel like we’ve mostly completed what we said we would. Whereas when you’re on a team with someone else who isn’t completing the tasks they were assigned you judge them solely by their behavior. So keep this in mind as you take on tasks. Are your intentions and behavior really aligned? Don’t be patting yourself on the back just because your intentions were grandiose, but your behavior far less so.

Teach others your weaknesses so they know how best to work with you. We have something at Element Three we use called the DISC® profile. It’s a personal assessment tool that breaks people’s personalities down into four distinct categories. We get our teams together to talk about where each individual in that team falls within the profiles, it’s funny how many people just assume that everyone else is just like them. But they’re not.

If you know that you’re not comfortable with making snap decisions, let the people you work with know that. That’s just one example, but just because we’re all different, that doesn’t mean we can’t all work as one. And once you’ve recognized your differences and weaknesses, learn how to manage yourself. Be reliable for your co-workers. Same thing with being organized. Be as organized as you can – if not for yourself, then for others.

I’ll keep this one short. If you feel it, then say it. Because everybody in the room is probably already reading it in your body language anyway. I should also say to say it respectfully and professionally. Practice Emotional Intelligence.

Do what you can with whatever you’re given to tackle the task. Not everybody is sent into battle with everything they need. Improvise. Change is a constant in many organizations - learn how you can use change to expose yourself to new opportunities and new skills - don't let it push you off your game because it challenges what you 'thought' was going to happen. Run towards it.

Do This, Not That

I could probably keep coming up with these observations forever, not because my employees are that heavily in need of adjustments, but because I enjoy finding solutions that can help my team be more successful in their careers. In many cases, it means looking at struggles I’ve had myself and sharing the solutions that I’ve found helped me. Perhaps I should end this with a bolt of lightning that’s just struck me that I’d start with on my next list of suggestions for anyone asking, “What does it take to work at Element Three?” And that suggestion is this: Know when to close the computer and go home to your family for the evening.

How to Get New Content Hires Up to Speed