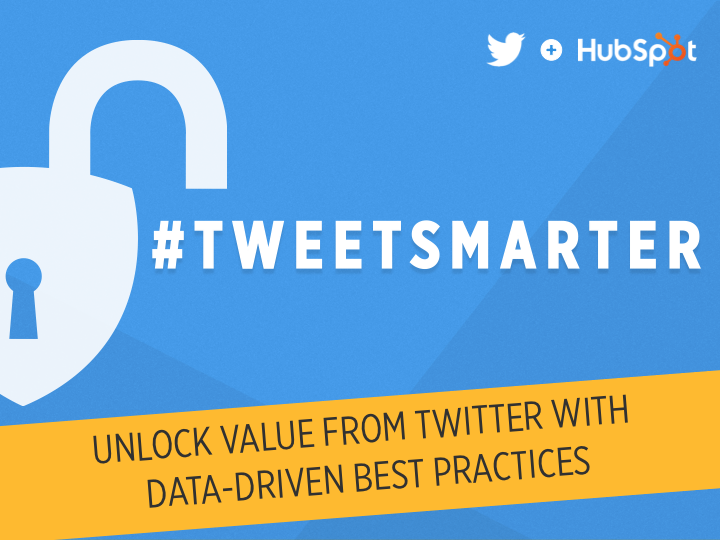 A few months ago, the Sidekick team here at HubSpot decided everyone on the team should have a rapper name. I was dubbed "Queen Tweet."

Well, I can't rap, and I'm certainly not royalty, but I do have experience with Twitter. Most recently, I joined the experts on Twitter's Small Business Team to speak on a webinar about how marketers can tweet smarter. During the webinar, we released new data on how users are interacting with small businesses and presented five best practices on how to make the most of Twitter.

Over 8,000 registrants and 1,500 tweets later, many questions were posed over on the #tweetsmarter hashtag stream. We promised we'd answer every one, so here they are!

We aggregated all the questions into the 43 you see below, and grouped them into seven categories. Feel free to click on a category to jump to the section most relevant to you:

Each response is under 140 characters, so you can easily tweet your favorites! Let's get into it.

Trust & transparency depend more on the context given around the link, rather than the way the link is presented. [Click to tweet!]

4) How do you balance the popularity of short tweets with in-depth content like ebooks, reports, blogs, whitepapers, and so on?

5) What is an average to good expected engagement rate of tweets?

7) Do you prefer to favorite a tweet to show customers you acknowledged their post, instead of responding?

8) Do you ever use the favorite button as a bookmark?

9) How do you get people to retweet you on Twitter?

10) What are some new, effective ways to increase your organic following?

11) How dos one appeal to an audience that is not already interested?

Publish tweets about interests mutual to your business and your audience such as world news, inspirational quotes, or industry data. [Click to tweet!]

12) What are the best ways to show up in the feeds of those searching for certain terms?

13) People only see your tweets if they already follow you, right?

14) When I tweet, do I address it to a specific person, or am I putting it out there to anyone who is paying attention?

If you're trying to talk specifically to a user, include their handle at the beginning (e.g. @anum). Otherwise, tweet for all to see! [Click to tweet!]

15) How can you tell if people are interacting with your tweet?

16) What are some of the most effective ways to use hashtags?

Because they just love hashtags so darn much -- Justin Timberlake and Jimmy Fallon have some great thoughts on this here. [Click to tweet!]

18) How much hashtagging is too much?

We've found that tweets with 1-2 hashtags generate more engagement than tweets with three or more. [Click to tweet!]

19) Which tool should we use to graph hashtag usage?

Plug your hashtag (or any search term) into Topsy to generate a free graph on it's usage. [Click to tweet!]

20) How do you find the best hashtag?

Hashtags.org displays the most popular hashtags across various categories. It also allows you to search for the popularity of other hashtags. [Click to tweet!]

21. Is it better to use a hashtag within the core sentence of the tweet or attached at the end of the tweet?

22) Should hashtags be included in user profiles?

23) Should all my tweets have links or rich media?

24) How do you get your photos to appear in tweets?

Use the same techniques used for sharing links: Provide context on what the video is and give a reason for users to click it. [Click to tweet!]

26) Is there a danger to using too much text in a picture?

A picture truly is worth a thousand words -- let the visual speak for itself, and use your copy to add any needed commentary. [Click to tweet!]

27) Is it possible to schedule tweets?

28) How much time should I give between tweets?

29) How often should I tweet without a link back to my site?

There isn’t a set number. Experiment with publishing tweets with and without links to discover what works best for your business. [Click to tweet!]

30) Should a series be published all in one day?

31) What is the best time to release a tweet?

32) What's the optimal amount of tweets to send in a day? How much tweeting is too much?

33) How often can you retweet the same content before it starts getting ignored?

34) How can you create ads, save them, and tweet them at a later date and time?

While there is no built-in cost difference, some have found including visuals cut cost-per-engagement in half. [Click to tweet!]

38) How do you connect with users who have a private account?

39) Is there a way for a Twitter user to know how many people have subscribed to phone text alerts?

43) Do you see any data around using emojis to help drive engagement?

Hungry for more? If you're interested in reviewing the slides from the webinar (whether you attended or not), then check them out below: